Skanska implements new safety standards for those working in Equilibrium 1, Campus 6.2 & 6.3 office buildings, due to COVID-19.

Safety and wellbeing of our employees, customers, partners and communities is Skanska’s top priority and goes hand in hand with one of our core values, Care for Life. We must provide a safe and healthy environment and maintain social distancing in the workplace.

Skanska has established several rules and adapted its workplaces in Central and Eastern Europe, to allow company’s employees and its tenants to return safely to offices.

Changes include new hygiene and safety protocols, adjustment of existing technologies in Skanska’s buildings and reorganization of the office area. All the implementations were developed for every Skanska building in CEE in cooperation with external experts.

A series of measures for the operation of the ventilation system have beed implemented, based on the study REHVA (The Federation of European Heating, Ventilation and Air Conditioning associations):

For a more detailed understanding of the operation of the ventilation system used in the Equilibrium 1 office building, click to read more.

o   Ensures the fresh air in the building (100% fresh filtered air, no recirculation) from the terrace (away from potential SARS COV 2 sources)

o   Used air is collected via horizontal and vertical ducts, filtered and evacuated

o   Local system that recirculates the air from designated area (an office, area) until desired temperature is reached

can be found at the building entrance and in the lobby lift.

are installed at the entrance of the building, before turnstiles, in all bathrooms and in the parking area.

cameras was installed on the turnstiles  to detect a higher than normal body temperature (+37.3 Celsius Degrees) and works in conjunction with the control access reader.

Digital scanning temperature was installed to measure the body temperature for our quests.  People with temperature over 37.2 will not be allowed to enter the premises.

"EasyBOX" lockers are available outside the building

"EasyBOX" lockers are available outside the building, near the entrance on the left side, where packages delivered by Sameday couriers (Emag, Fashion Days, etc.) can be found – these lockers can be found on the suppliers’ app  under the name "EasyBOX Equilibrium"

We have created a dedicated area for couriers  near the entrance of the Building where you can collect your packages in safe way.

The films sterilize the surface they cover. 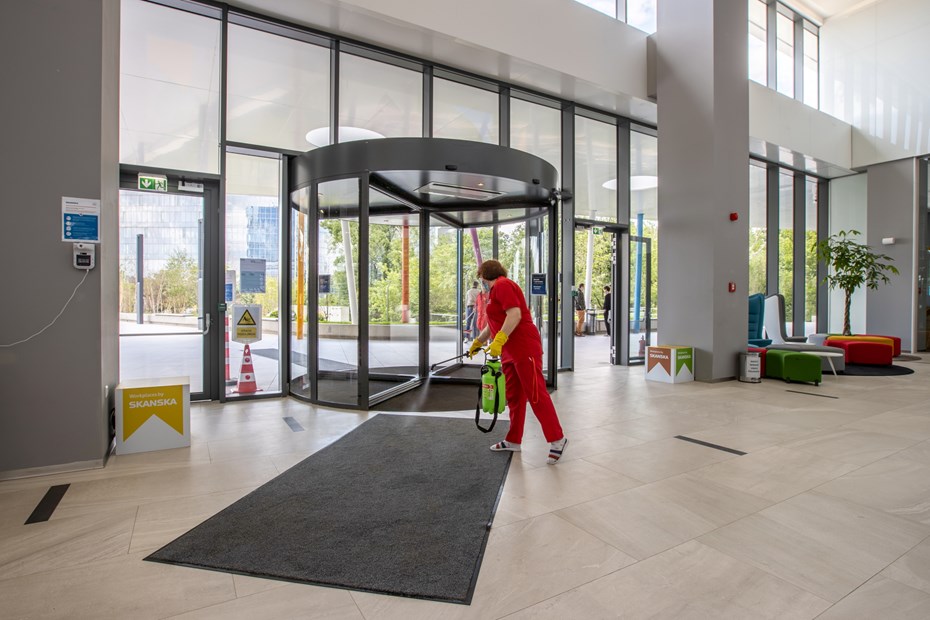 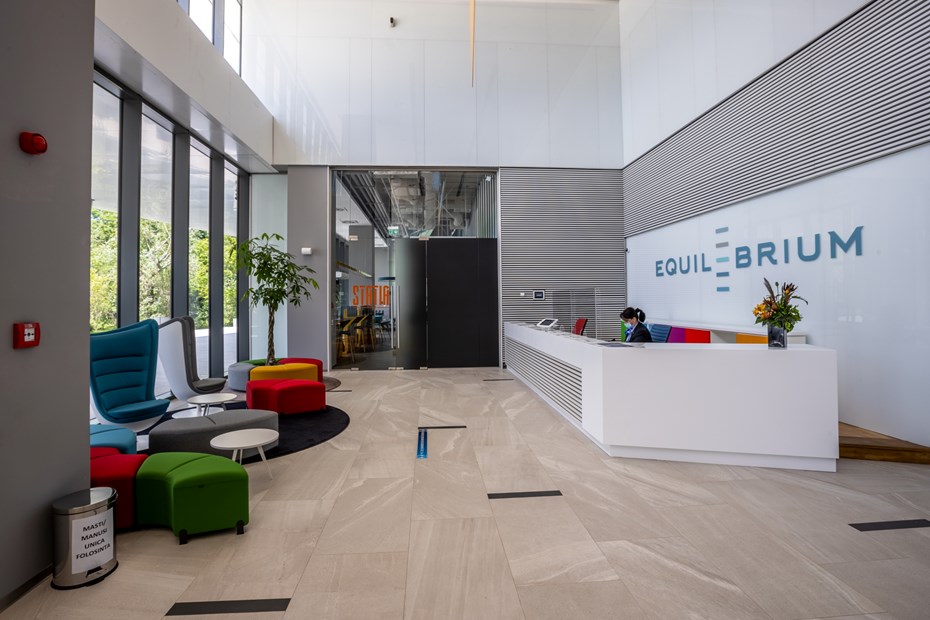 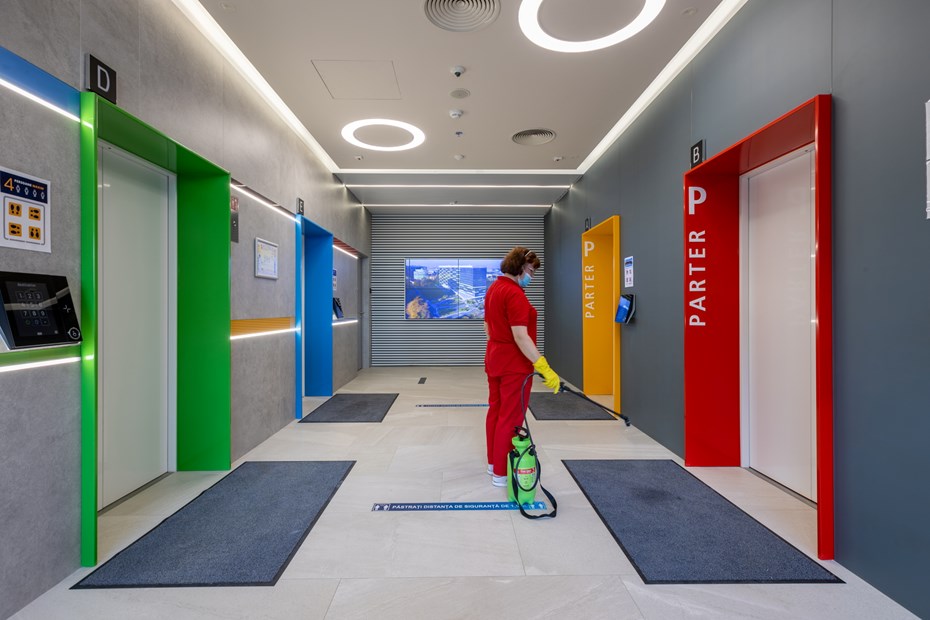 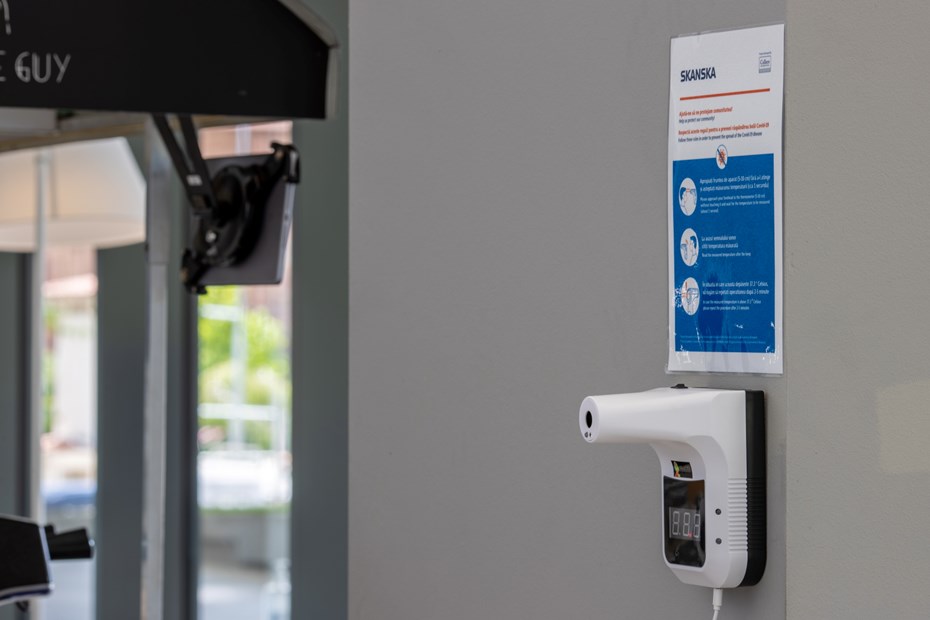 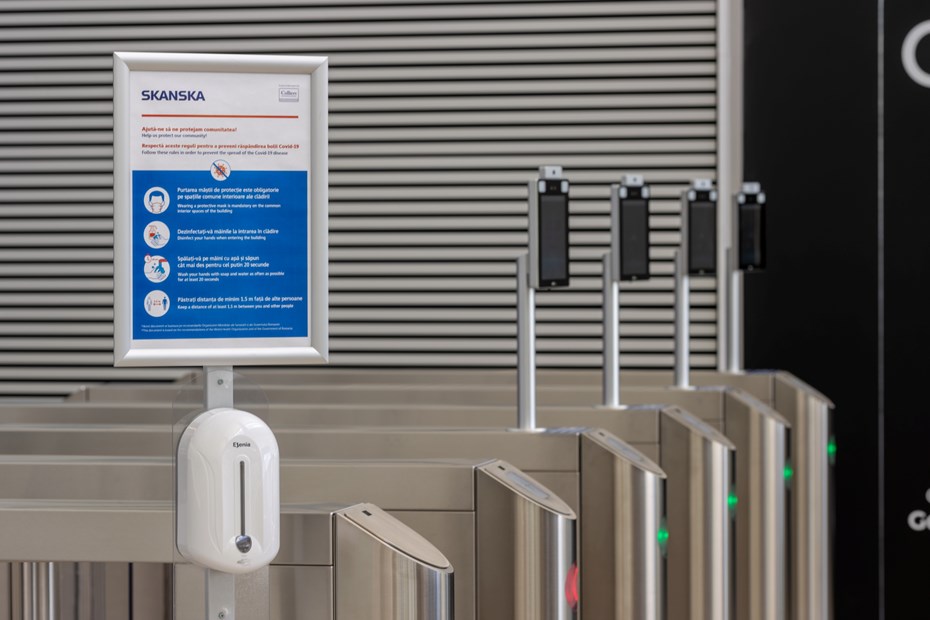 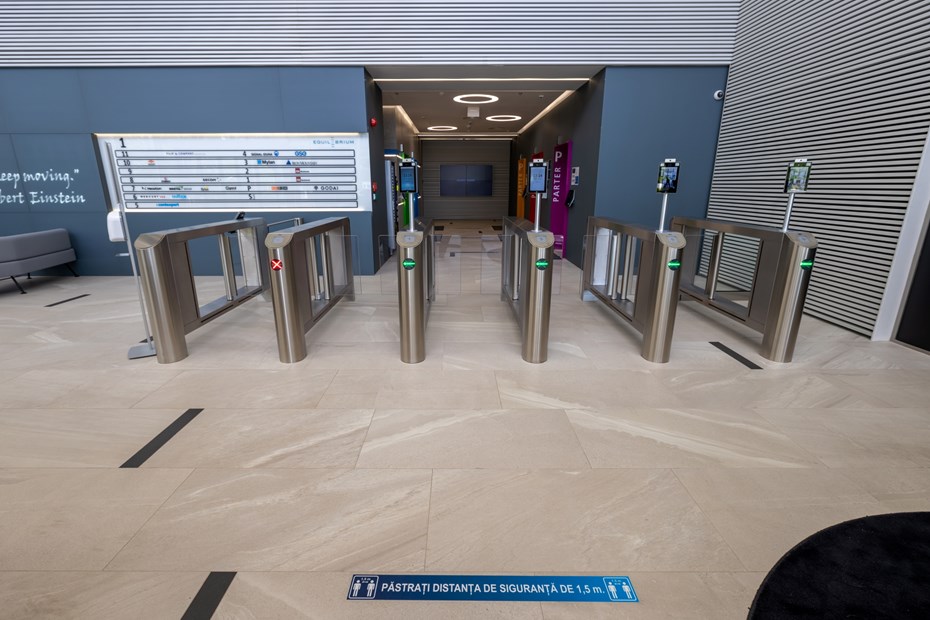 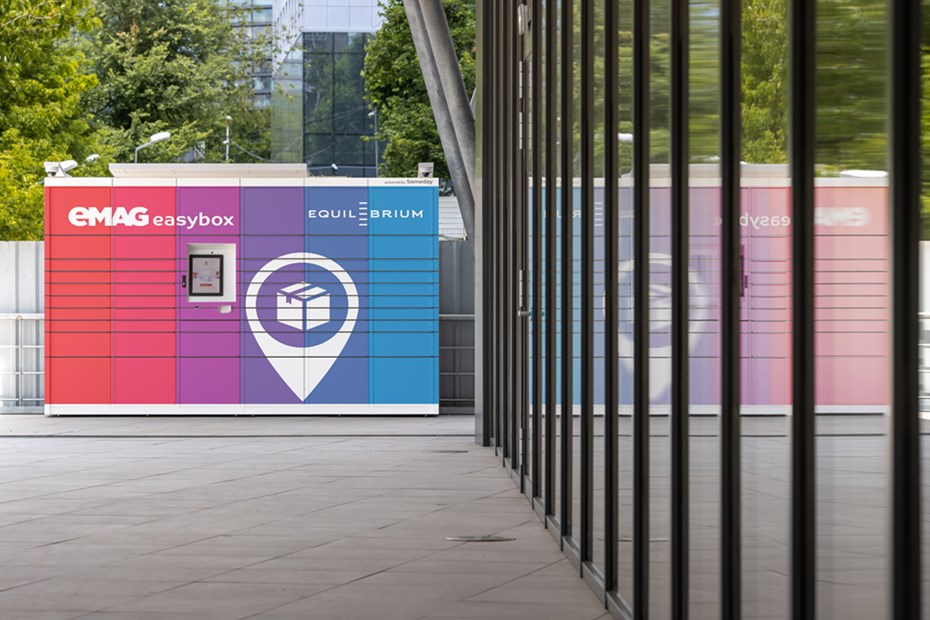 15 / 15
Sorry, we are having some problems with the download function